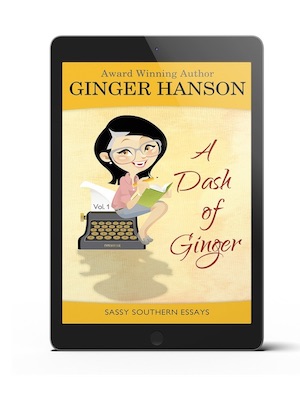 It's Hard to Primp While You're Pumping Iron
Who Notices Gorillas, Basketball and Choco-Plum Hair?
Science Threatens Women With Lifelong Reproduction
A little sample to whet your interest…

It's Hard to Primp While You're Pumping Iron

For some insane reason, I decided we should start off the New Year by joining a gym. My doctor triggered this bout of insanity when he claimed my bones lacked density. To prove his diagnosis, he waved a stack of colorful graphs at me, showing my projected bone density slide from normal to below normal. He told me not to worry if more calcium intake didn't work, because an array of medications is available for women who fall off the chart.

Being an overachiever personality, I didn't like the idea of falling off any chart. I'm also a reluctant pill popper so I did some research into bone density. I learned that the key to dense bones is exercise. In a hallelujah moment, I decided weight lifting would be better for me than pill popping.

While I labored under that delusion, I broached the idea of joining a gym to my husband. Imagine my surprise when he not only listened, but also thought it was a good idea.

This fateful decision led us to join one. It also put us into a new category. We became members of a gym. In order to prove we had invested our money wisely, we now had to go to the gym…